America recently launched a national marketing campaign called #OwnYourFaith. This article is part of a series of essays tackling the questions many Catholics are asking about the church and the world. It’s time to #OwnYourFaith. Subscribe to America.

It’s not that the worldwide chain of discount gyms and robust human affirmation called “Planet Fitness” is necessarilya better thing  than the global network of moody churches and sybiline dogma known as “Roman Catholicism.” It’s just that, well, sometimes PF (the “Judgement Free Zone,” more on that later!) does seem to give RC a run for its money.

Soundtrack.The lush musical stylings of my youth—the jangly Rickenbacker of R.E.M., the ribbed cascading guitar of INXS—echo throughout the purple walls of Planet Fitness, while the lilting church hymns of my youth—“Make Me a Channel of Your Peace,” “Be Not Afraid,” et al.—seem to have, distressingly, disappeared from Catholic Masses. (Where have you gone, “Turn to Me”? Whither thou goest, to that parish will I go.)

The messaging pasted to the Planet Fitness walls is a much more realistic assessment of human behavior than the “others-first” messaging of the Catholic Church.

Slogans.The messaging pasted to the Planet Fitness walls and springing forth from its membership app—“It’s all about you” and “You deserve a second for yourself”—is a much more realistic assessment of human psycho-social behavior than the self-sacrificing, “others-first” messaging of the Catholic Church. (And all of Christianity. See the opening line of Rick Warren’s The Purpose Driven Life: “It’s not about you.”)

It is, in fact, all about us! And there’s nothing wrong with that. It’s just admitting reality! Even people who (with great love, to be sure) put others first are doing that putting by means of the thing called…themselves! We have to put ourselves first so we can actually put others first!

Internal crisis of private property. There is an entire mind-numbing, socio-ecclesial-financial moral crisis that some Catholics undergo in the late innings of any given crowded Sunday Mass: They hoist purses and packs laden with their valuables and carry them onto the Communion line. An internal crisis because such people can easily become torn apart by the idea that doing such possession-guarding, on the way to receive Communion, gives the lie to the very unifying, self-sacrificing and possession-detaching ethos that Communion itself is all about. Would not Christ say to people fearfully carrying their purses to the Eucharist, “Whoever tries to save their Louis Vuitton will lose it”?

Planet Fitness wants you to decide how you want to turn out when you leave Planet Fitness. How totally lovely.

PF cuts through all of this with signs on the walls that command us to keep our valuables with us at all times. It provides an easy out. You don’t have to act in a way that feels un-Christianly suspicious of your fellow humans/possible thieves. By clinging to your possessions at PF, you’re just doing what they’re making you do. Because it’s all about you. (And, no, really, that’s okay! The most dangerous Christians are the ones who pretend their life is all about other people.)

Inviting guests. With the Black Card membership (just $24.99 a month!) you not only have access to any of the 2,000 plus Planet Fitness locations and use of their tanning beds and hydro massage, you can also bring a non-PF member guest anytime. Truly fantastic.

And while it is true that every time you go to a Catholic Mass you can also bring a non-Catholic guest, I mean, honestly, who actually does that? Because to get someone outside the Roman fold to go to Mass with you, you have to be very sneaky.

Sneaky as in calling out within general earshot of your non-church-going companions on some twilight Sunday evening, “Well, I’m off to the 6 p.m. Mass.” And saying so in this completely casual, easy-going, devil-may-care but nonetheless totally sneakily inviting way, in the hopes that at least one of them responds. “Oh, Mass! Can I go with you? I’ve always wanted to check that out!”

And who on earth can really pull off that kind of voice?

The Catholic Church is nothing but judgmental. Everyone knows that.

Mission statement. The Catholic Church has a somewhat plodding, affectless mission statement (“…God from God, light from light, True God from True God, begotten not made, consubstantial with the Father,” etc.). PF has a surprisingly cool mission statement, written smack dab on its walls for everyone to see. In part:

“Our product is a tool, a means to an end, not a brand name or a mold maker, but a tool that can be used by anyone. In the end [again!] it’s all about you.”

Planet Fitness is not fitting people into a mold, not turning people into cyborgs, a preconceived notion of what you should come out looking like after going to PF. Rather PF wants you to decide how you want to turn out when you leave PF. How totally lovely.

(Granted, there is an irony here: Planet Fitnesses everywhere have pretty much the exact same equipment, locker rooms, lobby designs, slogans and colors—purple and corn cob yellow with black rubber floors flecked with gold paint that leave little crumbs on your palms when you’re doing planks. So the gym chain is in fact fitting people into a mold; that mold being the uniform aesthetics and mottoes and machines of the non-mold-fitting PF itself.)

Judgement Free Zone. The most damning point in this throwdown between the church and Planet Fitness is that PF calls itself “The Judgement Free Zone.” PF does not judge you. PF is a de-judgmentalized zone. It does not judge you for how much you can bench press, or whether or not you can touch your toes, or if you have the right kind of workout gear, or how long you can last on the rowing machine. It judges none of it. (Even their spelling of “judgement,” with that extra e, started out as a typo and then, they say, became a symbol of their commitment to non-judging.)

It is very nice to be in a place that says they do not judge you. Where that is their chief, quirky, cute corporate messaging.

It is very nice to be in a place that says they do not judge you. Where that is their chief, quirky, cute corporate messaging: “No Judging.” (And to be surrounded by other signs that say, similarly, “No critics,” and “You belong!”)

No one wants to be judged, or encircled by critics, or to not belong. Everyone would love to abide in an inclusive, judgment-free zone.

The judgments against us regarding Mass attendance, appropriateness of attire, performance of ritual, impure thoughts, childhood crimes, marital status, workplace peccadilloes, festering resentments, sexual anything. The church rife with judgment that is utterly and constantly shaming us all. Right?

Or…is it? Is it the church doing all that judging?

The fact is, no one—no church or priest, friendly gym or unfriendly one—can judge us without our cooperation.

The fact is, no one—no church, no priest, no deacon, pope, parent, wife, coach, best friend, ex-friend, enemy or ally, friendly gym or unfriendly one—nobody and nothing can judge us without our cooperation.

Regardless of whether we think the bold pronouncements of the Catholic Church are deeply judgmental or just prophetic truth-telling (or even whether or not the “Judgement Free Zone” of Planet Fitness is merely a cheap corporate slogan spitballed by lax-bro marketing guys in flip-flops and Stussy T-shirts who are themselves grand judgers of all unwashed humanity), regardless of all that, us being judged is a choice we make.

The most offensive proclamations, the most hurtful renderings of opinion, the most caustic of people: Ultimately we are the ones who let them have power over us. We let them judge us; or, more precisely, we are the ones who let their toxic judgments get inside us where they do not belong. We let them into the quiet cove of our souls that only the spirit of God rightly deserves to enter.

The second Toltec agreement is right: “Don’t take anything personally.” If someone or something harshly criticizes or judges us, we do not have to take it personally. Judging us is their problem, not ours.

It is no small feat to get to this refined spiritual place, this place of truly not letting other people run our internal show; of not allowing them to define us for ourselves. Of not taking things personally. Letting outside judgments roll off one’s back is a spiritual practice it takes a long time to build. But it is a real thing. Some people have it, or at least they come close. They are detached, in the best sense of the word.

We all know at least a few of these people, and we love being around them. People who are free. People who can discern, sure, when they are being justly called out on their actions; who can take the truth and alter their lives when their lives need altering. But mostly exist as the rare figures who know who they are and no one else’s opinions can shake that. They seem to bring the beautiful slogan of the non-judging Planet Fitness with them wherever they go and they just live their lives, with aplomb and grace and dignity. It may be they even take the words of Christ seriously–judge not lest ye be judged–and apply that to themselves. They don’t judge others and so don’t let others judge them. 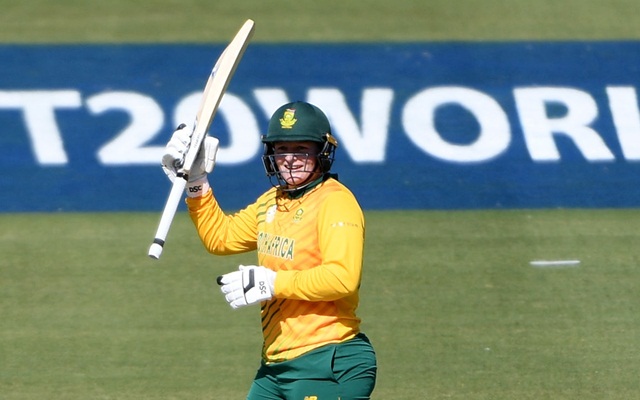